He once was infamous – today, he is deadly serious about combating extremism. 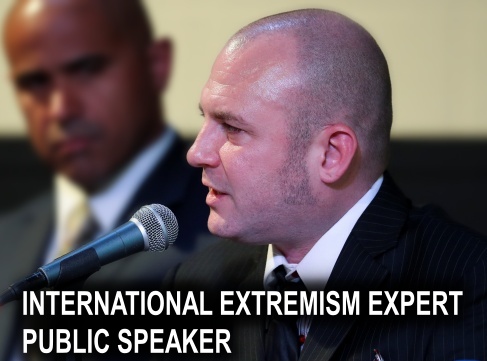 For 25 years, Jeff Schoep was infamous for stoking the flames of division and hate, as the National Leader of America’s largest neo-Nazi party, National Socialist Movement (NSM). Through interpersonal relationships and dialogue with those he once vilified, Jeff’s life was changed forever. In early 2019, Jeff Schoep became the highest profile former white nationalist leader in America to ever publicly walk away from hate.

Today, Jeff re-emerges into the public arena not as a sensationalized celebrity story, but as an inspiring example of life-altering transformative change. Through interpersonal relationships and dialogue with those he once vilified Jeff’s life was changed forever. From international symposiums to high school classrooms Jeff now shares how compassion and empathy helped him reconnect with humanity.

Once America’s most notorious neo-Nazi, now a Consultant to the Simon Wiesenthal Center and an inspirational speaker for Conscious Campus, Jeff Schoep tirelessly holds talks, lectures and workshops from his unique vantage point. In 2020, he founded Beyond Barriers, a 501(c)(3) nonprofit organization dedicated to countering violent extremism and helping others change their lives.