The Invisible Enemy: The Threat of the Far-Right Post-Election by Jeff Schoep 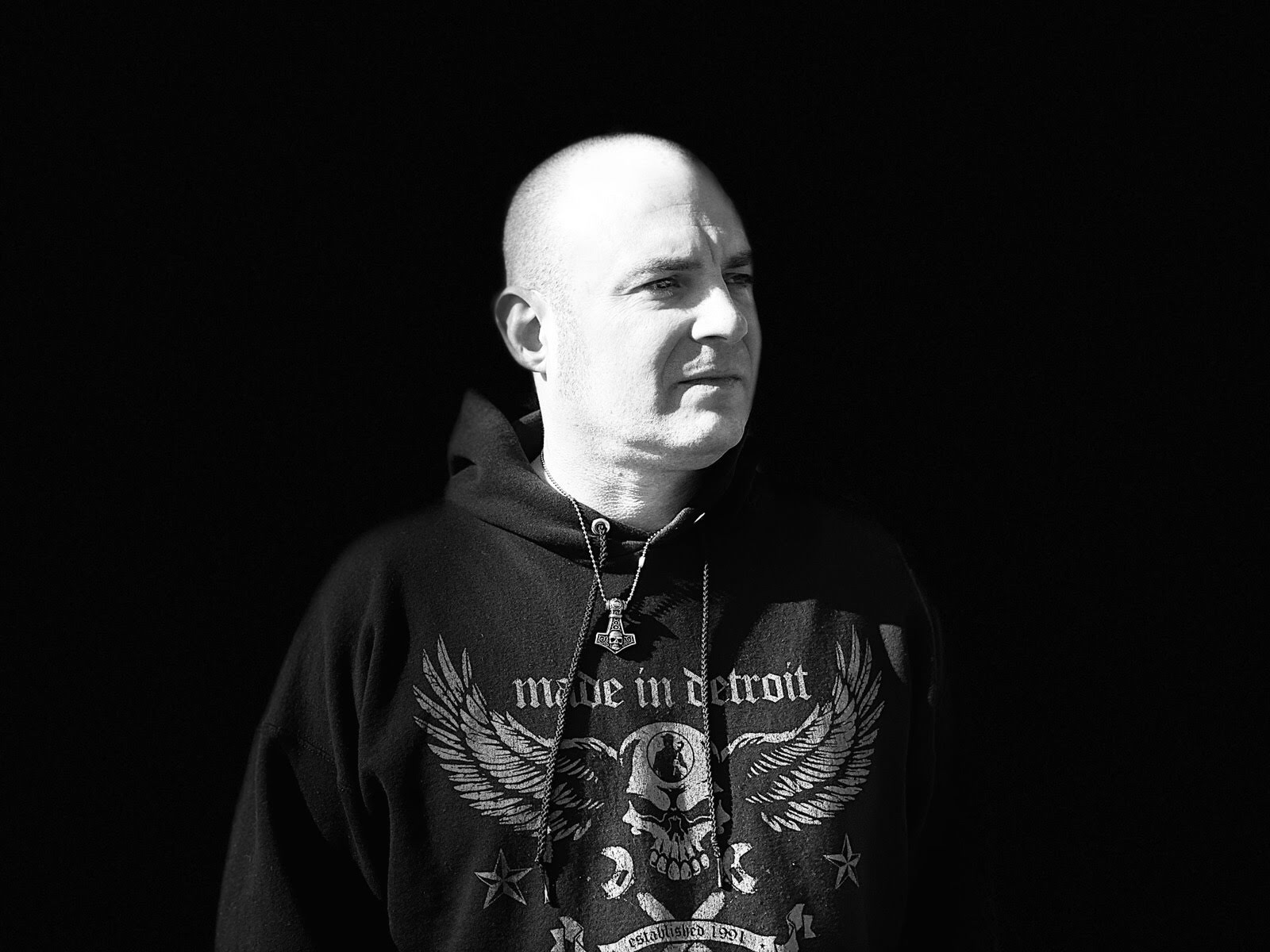 Recently the United States held perhaps the most contentious election in all of its history. Conversations building up to the elections revolved around political dysfunction, economic collapse, the risk of civil war. One would be more inclined to think that we were talking about a failed state on the other side of the world rather than the United States.

In 2016, the previous election year, I was still commander of the National Socialist Movement (NSM). Much has changed over those four years, yet a lot remains the same. It seems that in this electoral year we’re back to the drawing board. However, the nature of the threat, at least to the untrained eye, seems to be different.

In 2016 the threat came from the alt-right and was embodied by Richard Spencer and his “Heil Trump! Heil Victory!” rhetoric that reminded the American public of the language used by German Nazis in the early 1930’s. For a country that had defeated fascism in World War II, that had overcome communist ideas after 30 years of Cold War and that had invested millions of dollars in exporting democracy to other countries, “Heil Victory!” represented an unprecedented threat.

Today, it seems the threat extremism poses to our democratic institutions has taken a new, more twisted turn. Over past years, fringe groups like the Proud Boys have become more outspoken, more emboldened and more violent; in the past months, a newly-born Boogaloo movement has accounted for not just the alleged kidnapping plot of a U.S. Governor, but also for the death of Federal Agents. Our Nation should be cautious of more extreme and violent factions of this up-and-coming far-right some of whom dream of destabilizing the country to the point where they could trigger a new civil war.

The concern these groups raise is not unwarranted. If reinvigorated anti-police protests, instances of voter intimidation and suppression, as well as surging gun sales amid incendiary rhetoric across the board are any indication, the country could very well erupt in post-election violence. Plus, groups like Atomwaffen have now rebranded and have adopted a leaderless resistance model that helps them push their accelerationist desires; more recently, individuals have been arrested and charged with threatening to kill protesters, politicians, and others because of the outcome of the U.S. presidential election.

The threat of lone actor terrorism has caused media, experts, security forces and even the general public to turn a blind eye to the less “outspoken,” factions of the far-right. For example, the accelerationists whom seek to bring down the government and its institutions as rapidly as possible. There are other groups whose narrative of eventual societal collapse, race wars, white ethno-nationalism, and supremacy also may pose a threat to democracy and its institutions.

Just like in 2016, those combating the extremist threat forget that groups like the NSM, although politically oriented, are grassroots. They do not have political representation nor institutional support: they thrive on a large pool of Americans that do not identify with politics in the District of Columbia but are aggravated by socioeconomic difficulties, the opioid epidemic, and a perceived lack of institutional representation. This large pool of Americans continues to exist, and so do groups like the NSM, and their ability to exploit grievances and use disenfranchisement to build a loyal and supportive base.

The issue at stake, therefore, goes beyond whether or not a Tim McVeigh copycat will act out violence in the immediate aftermath of the election. It is about understanding the complex set of factors that led the extremist to the make-or-break point they currently find themselves in. It is also about being able to reduce the opportunity for extremist rhetoric to thrive. To safeguard democracy and its institutions in the long haul, we need nuance, we need objectivity and we need clear understanding.

However, whether it is because of our increasingly short attention spans, our need to keep up with an ever-changing world, or both, the truth is we have lost our ability to understand the complexity and the nuances behind issues that are manifold. This resulting oversimplification played an important role in the 2016 election and has continued to be a principal factor driving increasing polarization in the past years. In fact, oversimplification has probably been the biggest asset for extremist groups who present themselves as the voice for those feeling unheard and as the fighters against society’s ills.

Oversimplification has led us to believe that individuals are exclusively rational. That obfuscates the role emotions often play in political decision making. In my time as the NSM Commander I came across many new recruits who had come to know of us when trying to find somebody who would understand their disagreement with illegal immigration or affirmative action, the desperation caused by unemployment or the powerlessness felt when affected, directly or indirectly, by the opioid epidemic. They were searching for understanding and meaning, but they were not, at least in the beginning, searching for Nazism.

Yet, even before the 2016 official run up for election, the U.S. had become increasingly and alarmingly reductionist in its sociopolitical analysis. Anybody leaning to the right or who had conservative views was starting to be deemed a fascist or Nazi. Although distinct, both terms are used interchangeably and have become probably the most powerful weapon to attack those espousing conservative perspectives. Dehumanizing ones opposition will not correct this problem. As a result, both terms have lost their actual meaning, not just from a historical standpoint, but also from an ideological one.

Pushing someone to prove why they are not a Nazi or a fascist and why their viewpoints are valid can open the door to viewing content they would have not otherwise searched for. George Lincoln Rockwell founder of the American Nazi Party once stated, “If they are going to keep calling us Nazi’s by God we will give them Nazis.” I will always remember that reference, and why it stuck with me for so many years. When people feel threatened, they seek safety and often a become self-fulfilling prophesies. Pushing someone to provide evidence of the hardships suffered by unemployment among white working class individuals, why they feel disadvantage by affirmative action, or how globalization is threatening their way of life might draw them to content that will only confirm preconceived notions. I know all too well how extremist propaganda is tailored to exploit pre-existing perceptual distortions, inaccurate judgments and illogical interpretations. From there, radicalizing someone is much easier than many would imagine, especially with the difficulties that we will face as a country going forward, no matter who becomes our President.

The current state of civil unrest is not helping to calm the waters. Rather than being a wake-up call, George Floyd’s death pushed our society further to extremes and has made the “either/or” dichotomist narrative all the more evident. Whether it is Republicans calling for Antifa to be designated as a domestic terrorist organization, or the Boston Globe comparing Trump supporters to ISIS affiliates, “terrorist” has become the new buzzword for all sides of the political spectrum. This trivialization is dangerous. Not only can it entrench people in their views, but it can also cause them to radicalize further. This is the perfect environment for extremist groups to thrive.

The protests that took place this summer and the run-up to the election have revealed that we are a deeply divided country. As I set forth in a previous article for Ctrl+Alt+Del-Hate magazine, healing will be a complicated process that will require all sides to look inwards and come together to have what are likely to be extremely uncomfortable conversations. But thinking that a new presidency is, all in all, the “defeat of fascism,” only leads, once again, to oversimplification.

Politically, Biden has a difficult scenario ahead of him: not only does has he have to restore trust in the U.S. abroad, but he also has to try and govern with a deeply divided Senate. This means a new President will have to govern while trying to keep everybody happy. This, while society tries to cope with the “new normal” or, now that Pfizer has announced that COVID-19 vaccines are on the way, as we struggle returning to what life used to be. Additionally, the threat of an impending economic crisis is far from over.

Change takes time. Especially when so many pieces of the puzzle need to fall into place. This context is the perfect environment for the far-right to proselytize. Undoing Trump’s policies will reignite the debate over immigration on the southern border and from Muslim countries, on how to walk the tight rope between re-opening the economy and ensuring everybody’s health, on how the average American can survive without protectionist policies that safeguard the national economy and, above all else, what will be done about unemployment.

The far-right will find fertile ground in these debates. As the NSM Commander, I paid special attention to the socioeconomic and political issues at stake, and was able to tailor them to meet the needs of those searching for answers. In this new context of uncertainty, it will be easy for those who do not feel represented by a Democrat government to be attracted to a discourse based on white supremacy and the need for a race war. That is a threat that we should not underestimate.

Polarization has become so entrenched in modern America that its legacy is sure to continue haunting us for the coming years. If we seek to alter the momentum of those promoting white supremacy and social division based on race, we will have to look within and understand the role we have all played, deliberately or inadvertently, in reaching this volatile situation. Outcasting those who feel disenfranchised and failing to acknowledge that their grievances are as complex as the future ahead of us, will only lead to disenfranchisement, lack of meaning and further oversimplification.

Inadvertently, we may be pushing people to embrace the very ideas we are trying to combat.